How to eat with beer

Sandwiches with rucola and mozzarella

Every true gourmand knows that one sandwich can become a true gourmet delight. This one is just like that.
Homemade pesto and melted mozzarella make this sandwich irresistibly delicious. And we do not even have to mention how it goes well with chilled Staropramen beer. 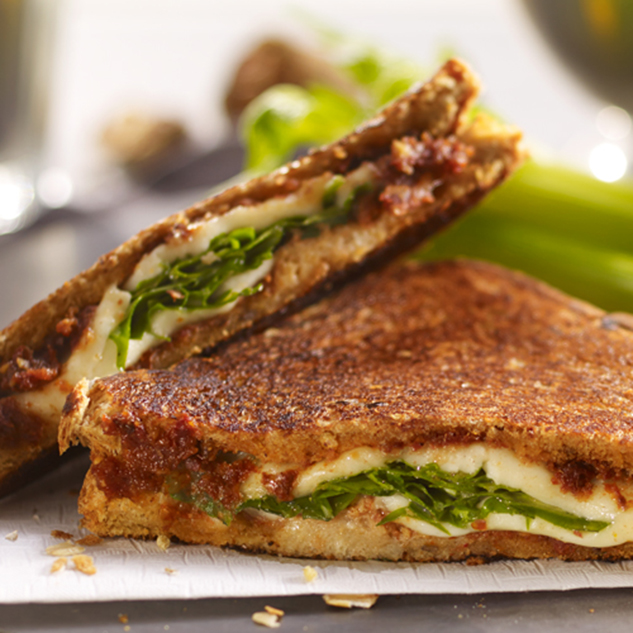 In a blender put the dried tomatoes, walnuts, a little bit of olive oil and lemon, and mix, but a mixture does not have to become a completely smooth paste. Add salt and pepper.
Prepared pesto of dried tomatoes put on a slice of bread , add a little bit of mozzarella, rucola and again a slice of mozzarella. Add a little bit of pesto of tomatoes and finish the sandwich by adding a second slice of bread. Repeat with the remaining four sandwiches.
Put the olive oil on a non-stick pan, heat and place the prepared sandwiches on it. Press them with smaller but heavier frying pan and allow to gently toasts about 5 minutes - until the cheese begins to melt and the bread becomes golden. After that, the upper side of the sandwich brush with olive oil, turn them carefully on the other side, press them with a pan and toast for another five minutes.
Ready-made sandwiches cut diagonally to make them look even more attractive and serve.