Mother nature is wonderful, mysterious and often unexplained. According to some estimates more than 80% of the ocean floor on our planet is still unexplored! Feel free to add hops to this list. Although in recent years the hop science has stepped up, many things about our green little friends are yet to be fully understood.

With the huge number of hop varieties that keep coming out each year, the plethora of aromas continues to grow. We picked some of the most surprising ones that can be found out there.

White wine
Yes, you read it correctly. Nelson Sauvin hops are the pride of New Zealand. Known for being difficult to farm, this hop is grown in a region near Marlborough county, famous for its Sauvignon Blanc wines. The geographical location probably has something to do with this unexpected aroma.

Coconut
Well pronounced in the new North American hop variety called Sabro. The coconut is so intense that in a blind taste it could easily be mistaken for a Piña Colada!

Citrus
Many North American hop varieties are well known for their citrusy character, most notably Citra (got to wonder how they named this one?). Recently, one Czech hop variety has become more popular thanks to its citrusy character - Kazbek.

Spicy
The good old Saaz still stands its ground, adding a peppery, spicy aroma to beer when used later in the boiling process. 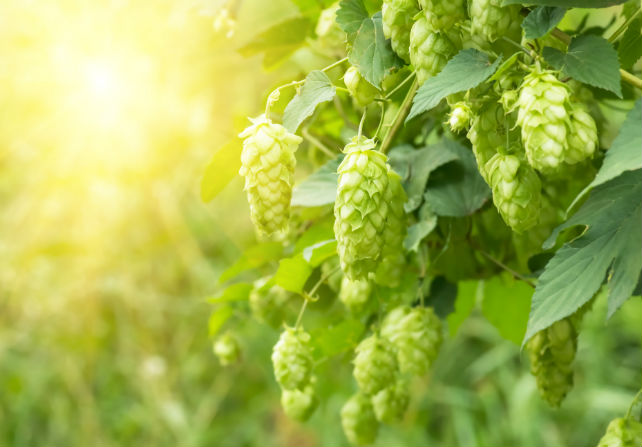