Another autumn means that another hop harvest is here, which in the brewing world means that it is a perfect excuse to share some thoughts about this beautiful plant.

With more than a hundred varieties out there (and counting), it is almost impossible to try all of them. And, like the latest Barth-Haas research reveals, even the same varieties showcase various aroma profiles year by year, making the hop growers and brewers job more complicated.

The best way to experience a single variety is to brew a beer with them. And not just any beer but one that is most commonly referred to as SMASH.

SMASH stands for Single Malt And Single Hop. Combined with a clean yeast strain, meaning the one that does not add any additional character to the beer, this beer will showcase the hop character in all its glory.

Brewing, like all walks of life, is prone to the everlasting shortage of time, so few other ways of experiencing hops became popular.

Rubbing and smelling hops is the most basic one. It is simple, rub, inhale and get an idea what are the possibilities. Some hop varieties tend to mask their character well so this method is not exactly always recommended, but this is a whole nother story.

The second easiest method is brewing a hop tea. Just dip the hops into warm or cold water, let them infuse for up to eight hours (no one said it was a fast method) and drink/smell the drink. If infused in cold water, more hops should be used. For warmer infusions, it is enough to steep the hops for 20 minutes.

If you feel more adventurous, creating a hop tea with malt extract and some alcohol is the way to go. It is basically creating an instant beer and trying to figure out how hops interact with other ingredients. Again, trying to get to the real thing will not produce the real thing, but this is pretty, pretty near.

All of these methods except SMASH can be somewhat misleading, because the final influence of hops on the beer is ultimately determined by both the other ingredients used and the many parameters of the brewing process. As always, brewing is a serious line of work that has a playful side to it. Experiencing hops in various ways is part of this wide playground. 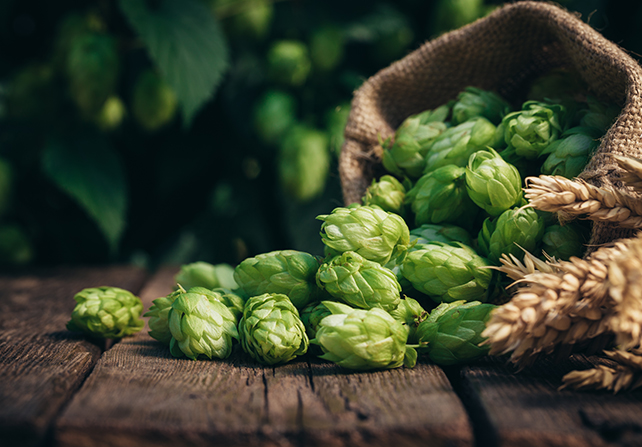