The steady progress of brewing equipment

According to various sources, the earliest traces of brewing can be found approximately 3-5000 years B.C. in China. During this time brewing equipment obviously evolved but the most interesting things happened during the Industrial revolution and the invention of steam power.

Up to that point, brewing was more of a local activity and a very manual task performed at farms, taverns and inns to serve the workers, thirsty passengers and locals.
Once cities started to flourish and more thirsty workers were looking for relaxation, the breweries followed suit. They needed to produce more beer so the equipment started to address this. Architects and engineers were involved in planning and constructing the manufacturing facilities to make them as effective as possible.

Cooling and aging beer are two areas that show how progress gave brewers more control of the process and helped increase beer quality. Cooling was traditionally done using open shallow tanks that were located in places with good ventilation which meant that the beer was at the mercy of climate conditions. In the 19th century more efficient ways of faster cooling were introduced, making the process more controllable.

For aging beer, wood was traditionally the material of choice. On a bigger scale production, wood can be a nightmare because things easily get out of control. Joseph Paspa is one of the most respected brewmasters in our brewery's history. During his tenure (1933-1937), Staropramen went through a full-scale modernization. Among many of his achievements, wooden barrels were replaced with modern steel tanks. This allowed us to have much better control in terms of quality and consistency.

The progress of equipment is not limited to brewing only. Malt was produced the traditional way by floor malting that was succeeded by pneumatic malting near the end of the 19th century. The technological progress affected malting the same way as brewing, offering a more controlled environment that resulted with a more consistent product.

Having control is the key to beer quality and consistency. Without great brewing equipment, consistent quality is hard, and in some cases, impossible to achieve. 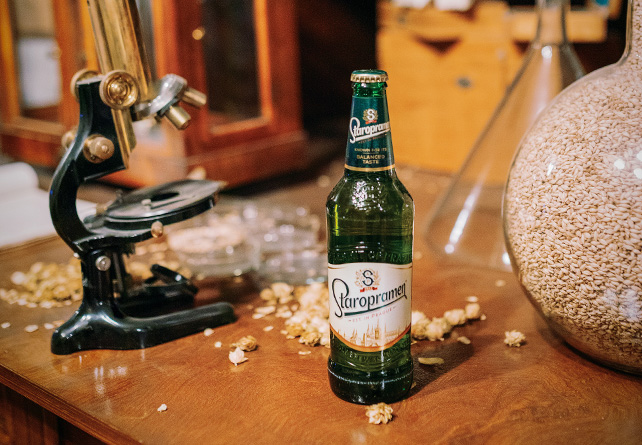